Soundtracks bring personality to any TV Show or series in a way that imagery and words in the script can’t. In a way, it can make you feel and understand the emotions in the different scenes. Now it’s important to understand the difference between a soundtrack and a score, yes there is a difference.

A soundtrack consists of the well-known songs from famous bands and artists that you already know. Songs that you are probably familiar with. It sets the personality of the show, and it will mostly be noticed for a particular genre of music that’s used for the show.

Scores usually set the tone of a show or series and comprise mostly orchestral and instrumental pieces playing between and during scenes. Some might even call it background music. These scores have almost become like separate entities from their movies when reaching critical acclaim. 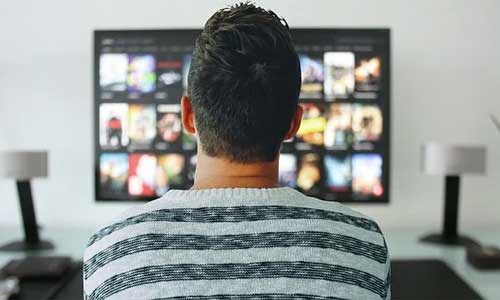 Think of the movies Jaws and Jurassic Park, The score is always recognizable with the movies. It’s used to build emotion and tension. Whereas a soundtrack is a collection of songs that are sometimes original and sometimes well-known songs.

Thanks to a couple of well-selected tunes a show can be instantly brought up in conversation and remembered for using the song in a particular scene or ending credits. It becomes memorable and sometimes even bigger than the show.

Sometimes producers even use well-known musicians or bands to compose scores for their TV shows or series as a means to attract the fans of the band or musician. And other times they might just get these known musicians as they can relate to the story and feel.

Not to say that soundtracks can’t become something on their own. Think about Titanic and you immediately remember Celine Dion’s My heart will go on. It brought much feeling and tone to the screen, and barely would it happen that you would not think of these scenes when you hear the song.

Both soundtracks and scores can sharpen the emotions, feeling, and tone in the stories.